The history of the Utiel Agricultural Cooperative, also known by its trade name “Bodegas Utielanas”, refers to a pioneering company in the wine sector in the province of Valencia. In the emergence of this cooperative, chamber, association or union, we find a deeply rooted, intense and extensive winemaking tradition in Utiel.

There were also a series of motivations for its emergence. All the farming families from Utiel were (mostly) dedicated to vine cultivation. They had wineries with jars and wine presses at home, where they made and stored the wine.

We go back to 1895 to find data on agricultural cooperativism in Utiel, “Redentora Utielana” being the first precedent. This was made up of 113 members and one of them, Mr. Fidel García Berlanga who later became a deputy, drafted the municipal by-laws.

In 1898, this model evolved into the “Comunidad de Labradores or Agrícola Utielana” (Farming Community). It was then that the previously drafted municipal by-laws were approved. Later, the field protection, access roads and the marshy lands sanitation were established.

Most of these claims and visions for the future began to be fulfilled in 1912 with the appearance of the “Cámara Agrícola” (Agricultural Chamber). The regime and type of property prevailing in Utiel at that time was through sharecropping contracts. Farmers lived from the cultivation and work of the land, and the large landowners from its rent or value. 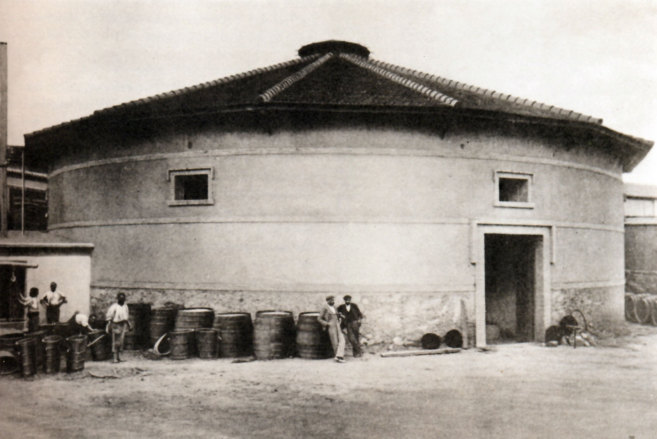 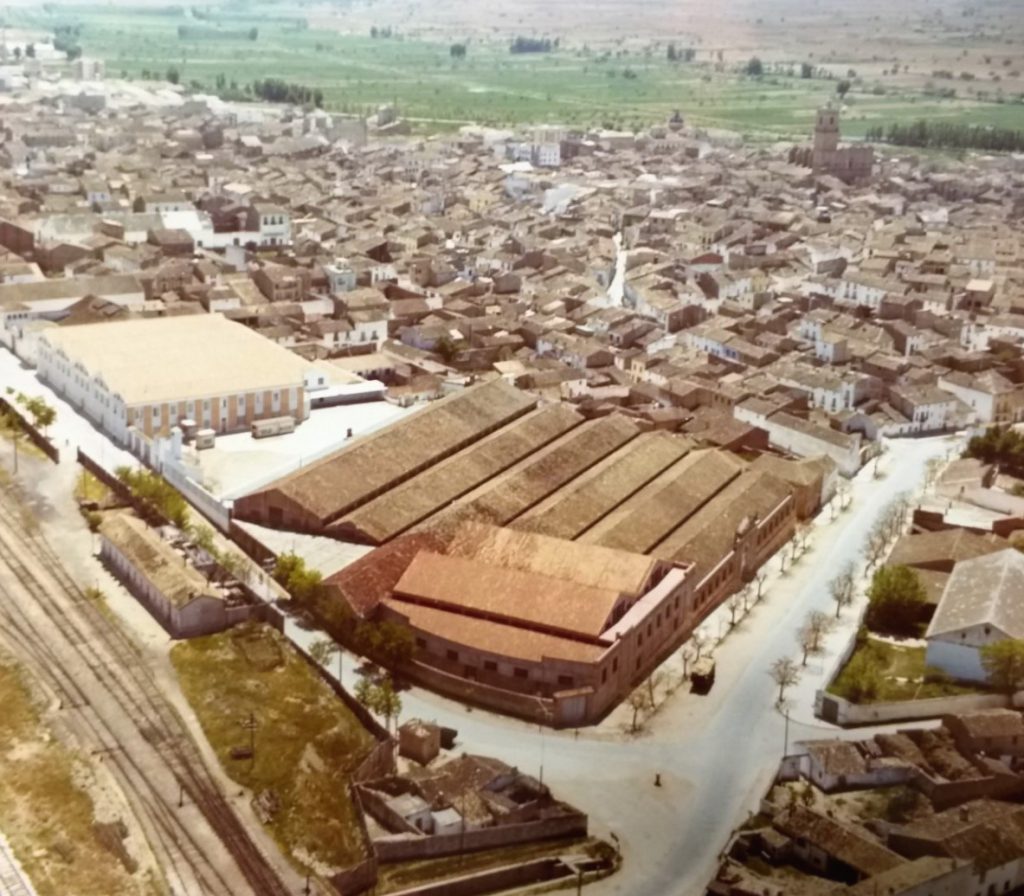 From that year on, the number of partners continued to increase and a variety of actions were carried out, such as the promotion of wine through the municipal warehouse, the founding of the Savings Bank company, the purchase of devices for the preparation of raw materials, rental storage space, process of acquiring the “Casa Social” municipal building, and the handcrafted bottling of wines.

The Utiel Agricultural Cooperative was created on 24 de Abril de 1927 and still continues to be one of the main economic activities in Utiel and its region. The construction of the current 17,000 m2 facilities began in 1945. With a capacity of more than 30 million liters, it was the largest in the Valencian Community and the second largest in Europe.

Considered a “jewel of Valencian industrial architecture”, it has a Modernist-style main façade of over 300 meters.

The grandeur of the winery can also be seen in a panoramic view from the lobby, illustrated in polychrome ceramic tiles with scenes from the old wine making process— they are beautiful images in four large paintings signed by V. Abad.

Throughout our history, we have received visits from distinguished people. The most outstanding was the visit, on two occasions, by their Majesties King Juan Carlos and Queen Sofia of Spain.

At Bodegas Utielanas, we hope to continue writing our history by maintaining our legacy,
expanding our range of wines and developing new projects.

Menu
On this website we use our own and third-party cookies to improve your experience, for analytical purposes and to show you personalized advertising based on a profile prepared from your browsing habits (for example, pages visited). If you continue browsing the website we will assume that you agree to its use. You have more information in the link: Más sobre la política de cookiesACEPTAR COOKIES
Privacy & Cookies Policy